This is truly a card that created itself. Earlier in the week I attempted to make something inspired by Vicki Dutcher's card for the Muse #83 challenge. 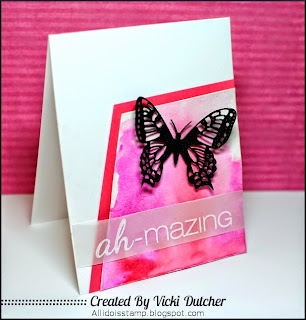 My new watercolor paints were opened and a pink & red panel painted, dies were cut and sentiments stamped & embossed, but it just refused to come together as a card. The abandoned project sat on my desk until today, when I decided to pull it apart and rescue a few of the elements.

I had moved onto  CAS(E) this Sketch #91 thinking the sentiment would work well with this sketch. 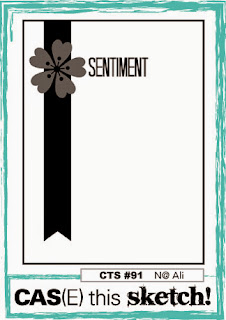 The watercolored panel was already tossed in the recycling before I realized, with the right shape cut-out on the card front, I might be able to save it too. 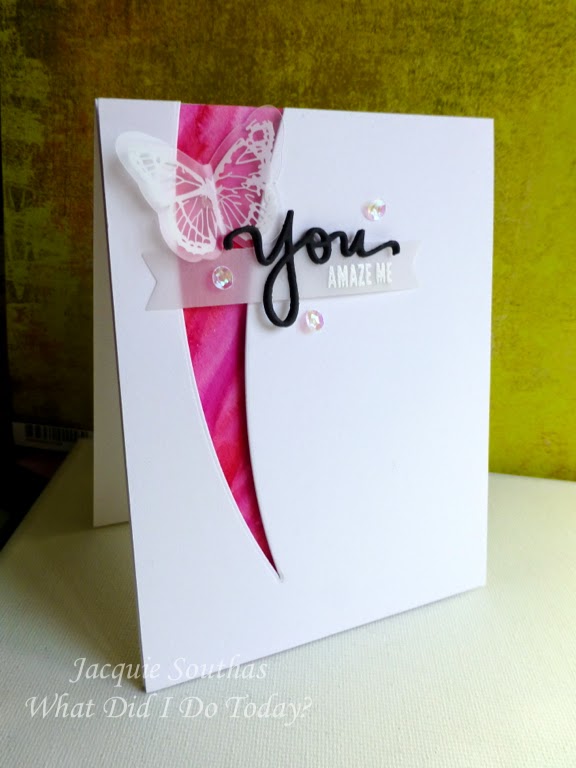 I've cut curved edges before, but I don't think I've ever used this SSS Curved Edge die that did such a beautiful, clean job. The right cut was made first, then the die was nestled in the bottom of the first cut and the top edge moved over to the left. It cut exactly the way I wanted it to!

The watercolored panel was manipulated so that a clean portion was peeking through the cut and then the rescued sentiment and Maya Road butterfly were attached. 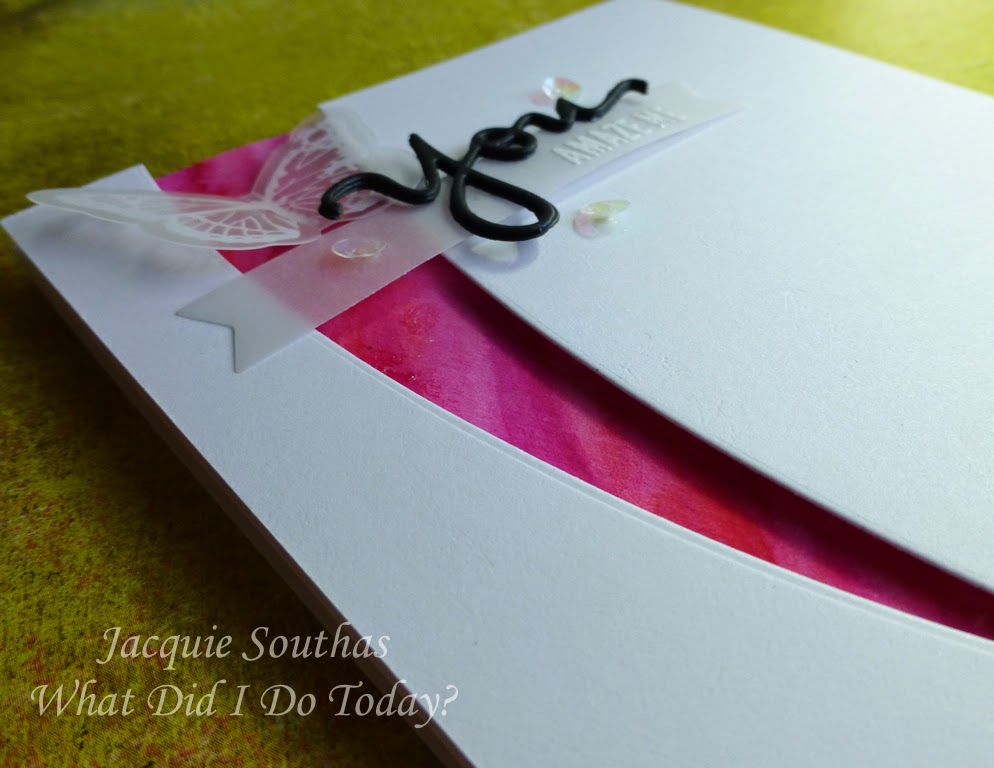 A trio of NBUS clear iridescent sequins finish the card off.

With the watercolor paints, Curved Edge die and sequins being NBUS, I am happy to link this up to Darnell's second NBUS challenge under Option 4 None of the Above :)

Even if you aren't interested in this challenge (but I'm having a hard time believing there isn't a little NBUS lurking in your craft area), if you don't already know Darnell, you owe it to yourself to check out her blog. And if you don't laugh at least once per blog post, we can't be friends.

Posted by Jacquie Southas at 6:26 PM