I was happy to find some time this afternoon to make a card for the Muse #82 challenge, where Bobby is the Guest Designer and has given us a fun, swirly card made using embossing paste. 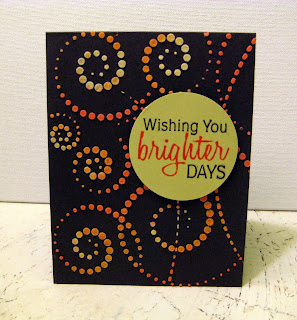 I have only used embossing paste on white or a light colored cardstock, so was intrigued with the idea of using it on a dark cardstock.

My plan was to make a one layer card, so I masked off a section of the card front and laid the Memory Box Wave stencil over it. Picked Raspberry, Spiced Marmalade and Mustard Seed Distress Inks were used to color the embossing paste before it was spread over the stencil. In hindsight, I wish I had added a bit more ink for a deeper color. 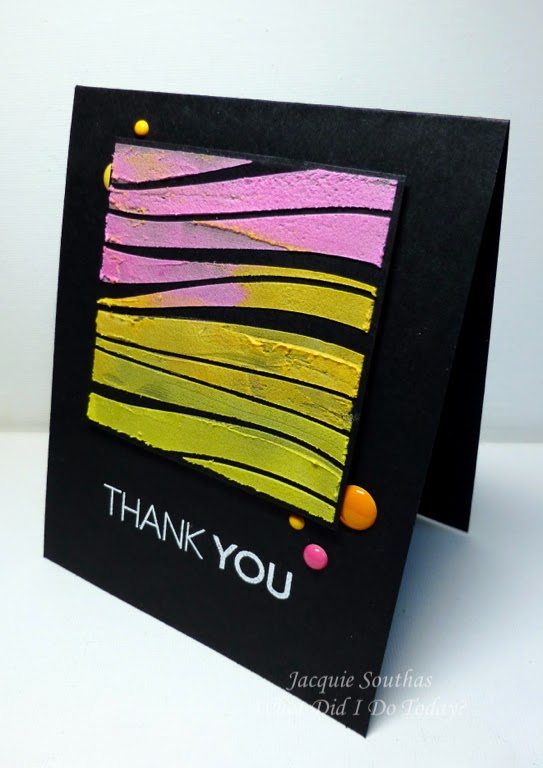 The tape did not pull off cleanly when I removed the stencil, taking enough of the cardstock front with it to make the card unusable :( I have never had this problem with cardstock before, but had no choice except to come up with a quick Plan B. 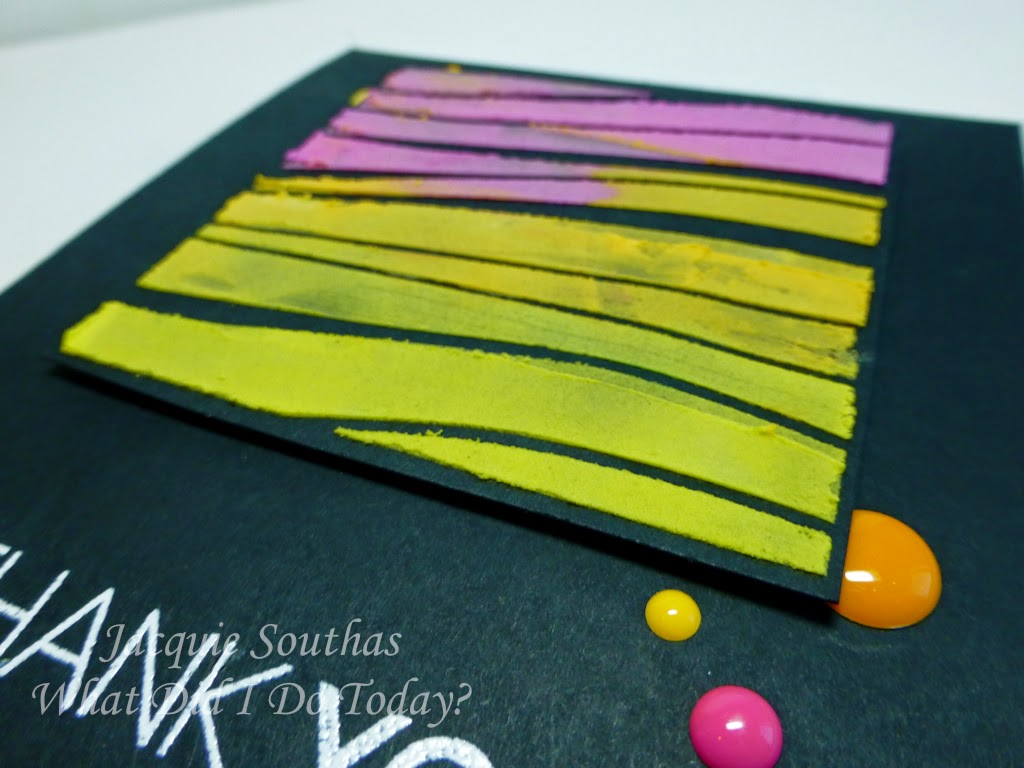 An exacto knife and straight edge gave me a stenciled panel to pop up on a new black card base. This change in plan allowed me to tuck a couple of the enamel dots under the panel to finish off the card.

I am also linking this card to the Simon Says Stamp Wednesday Challenge where Simon Says Anything Goes this week.

Posted by Jacquie Southas at 9:14 PM