The challenge at the Paper Smooches Sparks blog this week is Trend Watch: Stripes and I took a little different approach to find my stripes. 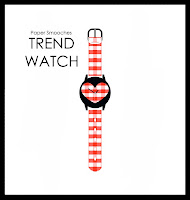 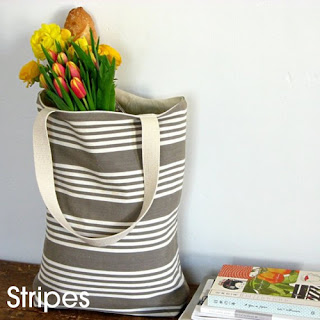 Starting with the large "thanks" sentiment from Chit Chat, I played around with extending the lines of the letters to create stripes and before you know it I had colored in the center panel on this card. 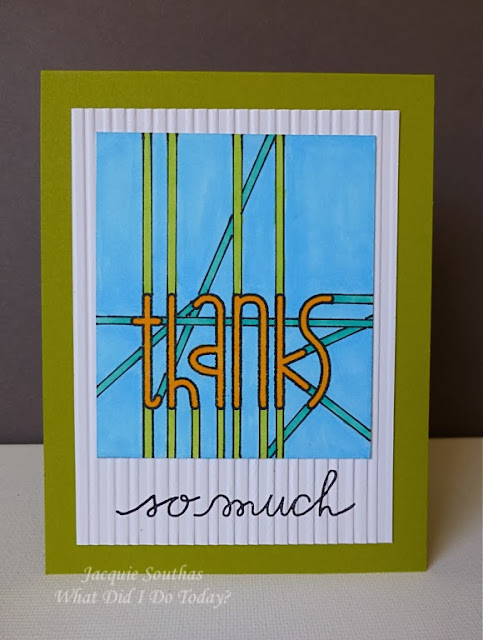 An embossing folder on the white panel reinforced the stripes design element without distracting from the sentiment panel.


I added another card to the Christmas pile after seeing the CAS(E) this Sketch! challenge. 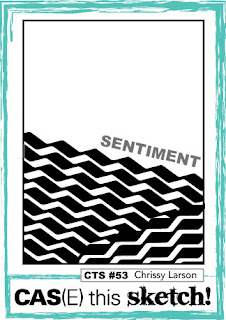 After stamping the Hero Arts sentiment, I thumbed through my Authentique paper pad looking for something that might echo the feel of the funky lines in the sketch and choose this holly paper. 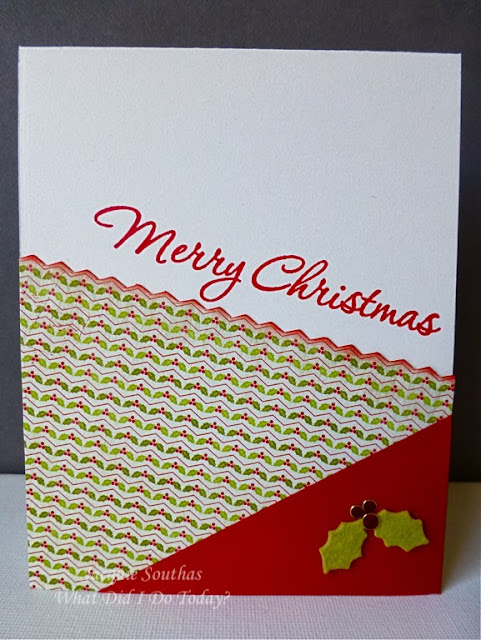 I fussy cut the top edge to reinforce the chevron pattern. My first attempt at this card had the same paper going in the opposite direction for the smaller panel, but then I decided to cut a couple of holly leaves out of felt and make an embellishment to mimic the pattern in the paper. 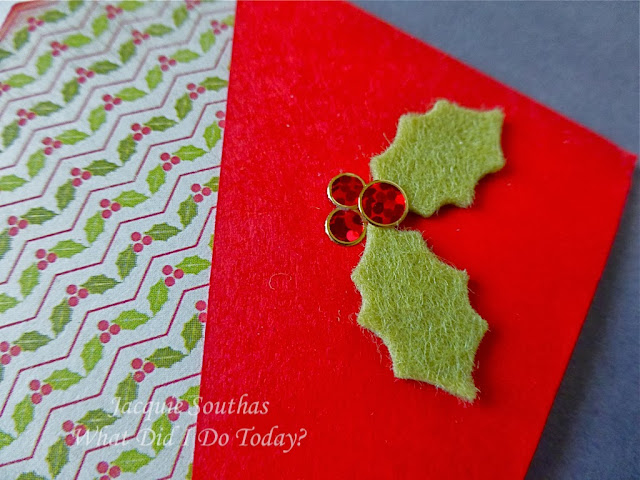 A trio of red jewel stickers finish off the card.

This card is CAS enough to enter in the Simon Says Stamp Wednesday Challenge to Keep It Clean and Simple.

Posted by Jacquie Southas at 7:19 AM