I took a break from the Christmas preparations to watch the Make It Monday tutorial at Capture the Moment. This week Heather Nichols presented a fabulous idea for layering glittered die cuts.  I have been frustrated trying to adhere something to a glittered base, so loved her technique!

I took the idea to an extra level, glittering both die cuts that were layered. 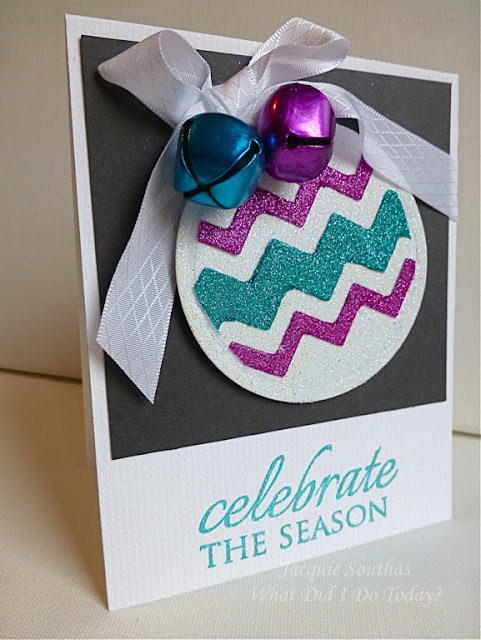 I have loved using the Tag Sale #4  die as an ornament on many cards this year and die cut another one today. I also die cut both sizes of the chevron border die. 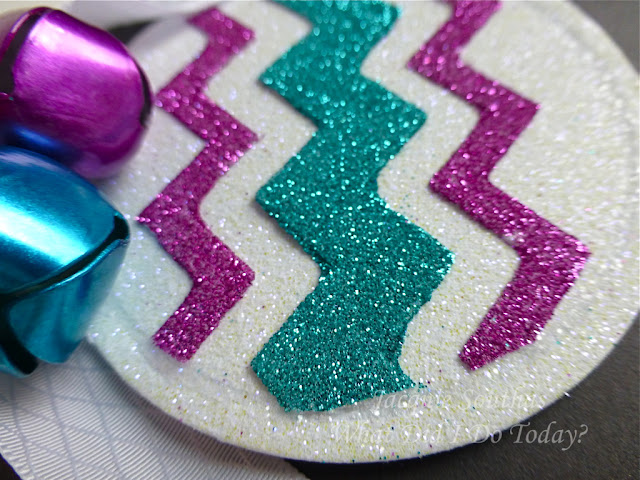 This tag has an impressed circle that did not really pick up the Xyron adhesive, so I added a line of Rock Candy Stickles to fill the circle.

A few stray pieces of glitter ended up in the wrong place, but I am amazed that most of it is exactly where I wanted it! A ribbon bow and bells are added and the tag is popped of the Smoky Shadow base with foam adhesive. 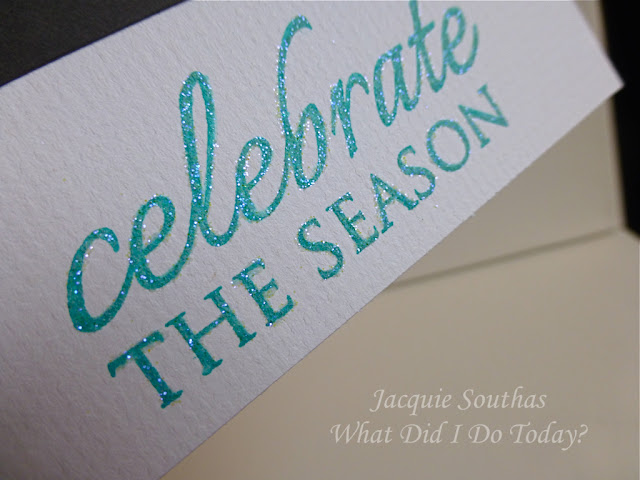 The stamped sentiment is from Think Big Favorites #9 and looked a little flat against the glitter. It was too late to heat emboss, so I went to Erin's Make It Monday #94 tip from last week and ran a glue pen over the sentiment. The white glitter adds just the right amount of sparkle.

I LOVE this layered glitter technique - thanks Heather!

Posted by Jacquie Southas at 8:59 AM

Email ThisBlogThis!Share to TwitterShare to FacebookShare to Pinterest
Labels: Make It Monday (PTI)