Welcome to Freshly Made Sketches! 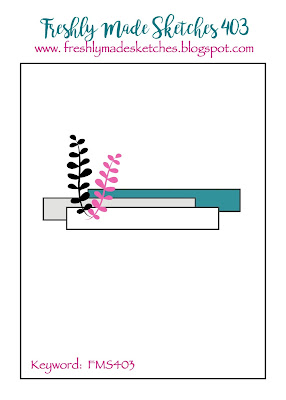 I took a little creative license with Narelle Farrugia's great sketch, turning it to a horizontal orientation, pulling the strips apart so they don't overlap and placed them on top of the leafy embellishment. 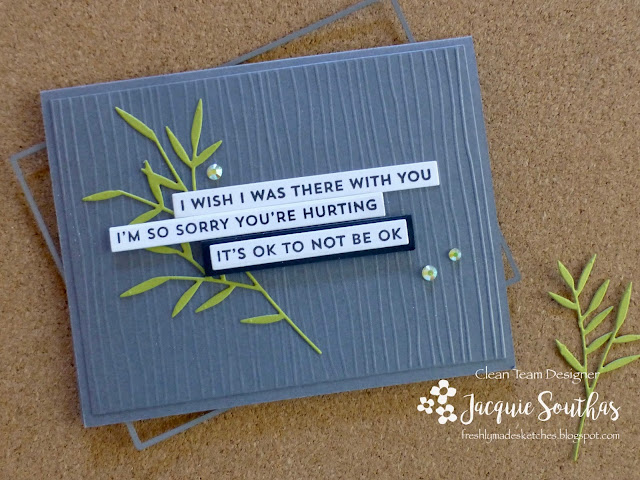 A Memory Box Bamboo Shoots die cut is selectively trimmed and placed along a diagonal line on the embossed panel before adding the MFT Greetings and Salutations sentiment strips. The top strip is adhered to the panel, with the other two added with two different height foam adhesives. 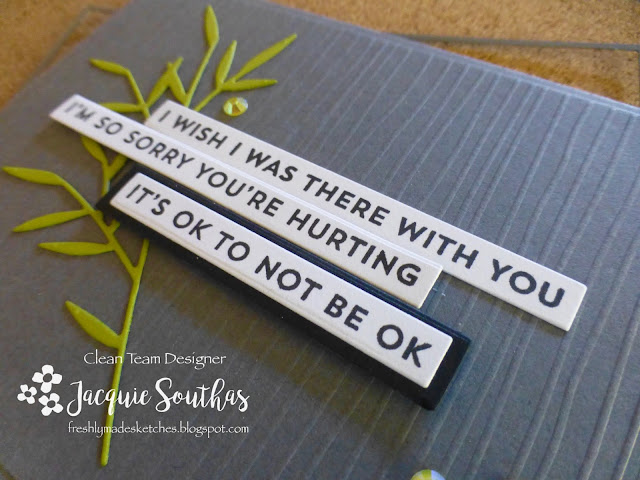 The Clean Team has terrific cards this week! I hope you are inspired to play along with us.

Posted by Jacquie Southas at 5:00 AM

Email ThisBlogThis!Share to TwitterShare to FacebookShare to Pinterest
Labels: Freshly Made Sketches, Sympathy