This simple little Valentine is eligible for three different challenges. It all started with the Fusion #3 photo and sketch, then the CASual Fridays Challenge #127 : Over the Edge and CASology Week #81: And both added to the design. 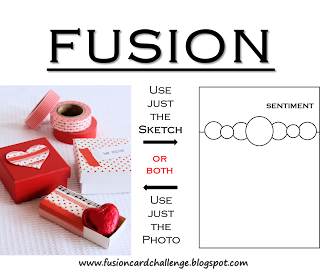 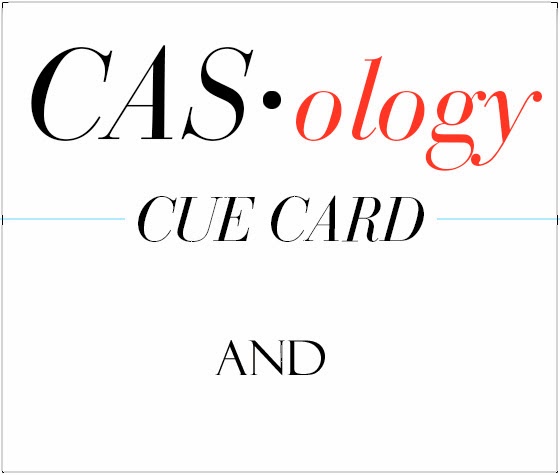 The Fusion sketch reminded me of a Valentine bag I made last year with overlapping hearts as the closure. I decided to rotate the sketch and make a modified gatefold card. The 4 1/4" x 11" piece of cardstock is scored at 4" and 9 1/2" to make the card base. 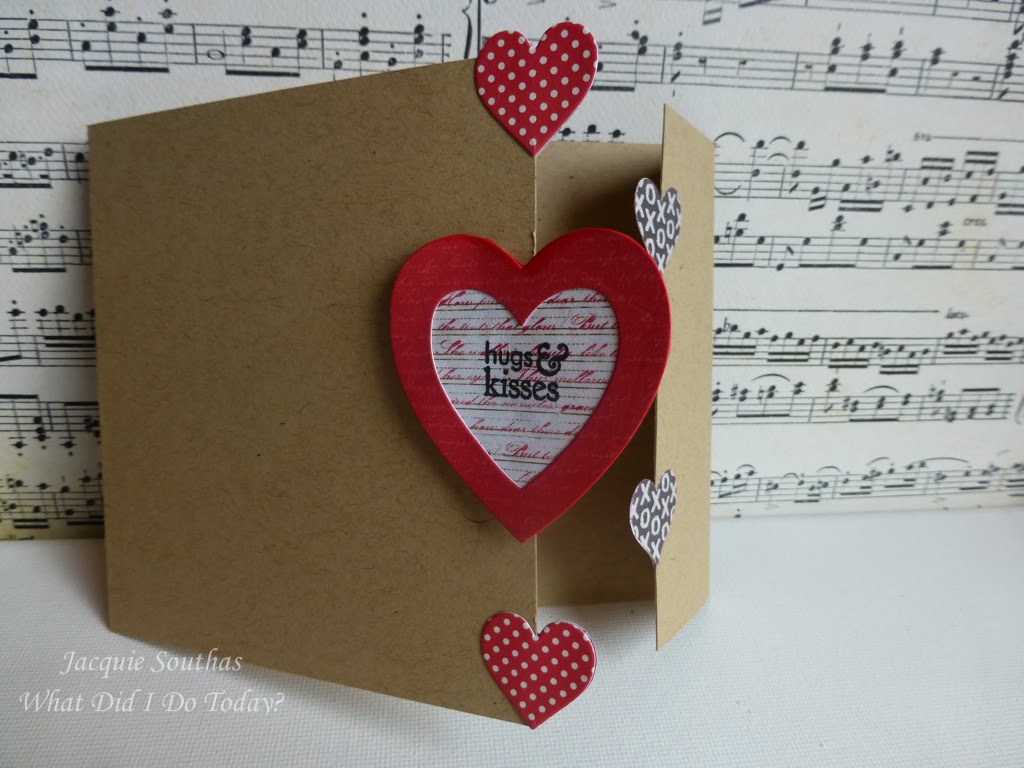 I used a couple of dies and a punch to make my patterned paper hearts. The first red dot heart was adhered flush with the bottom of the card base and the second one hangs off the top of the base. Second hearts are adhered to the back of the panel so that a full heart is visible when the card is opened. 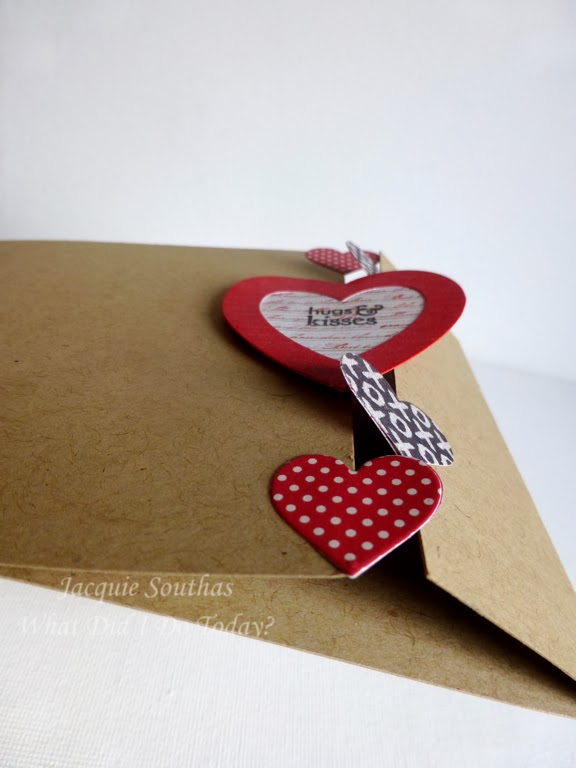 The sentiment heart is popped up with foam adhesive, allowing the middle set of hearts to interlock and slip under it to keep the card closed.

My Wink of Stella brush adds a really pretty sparkle to the inset sentiment heart. My computer isn't cooperating right now to add that photo, but I hope to edit the post & add it later.

Posted by Jacquie Southas at 1:28 PM